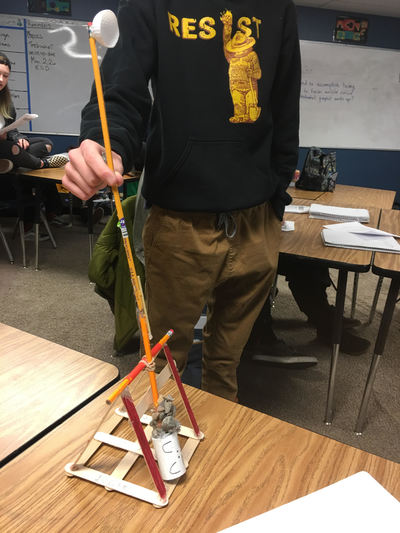 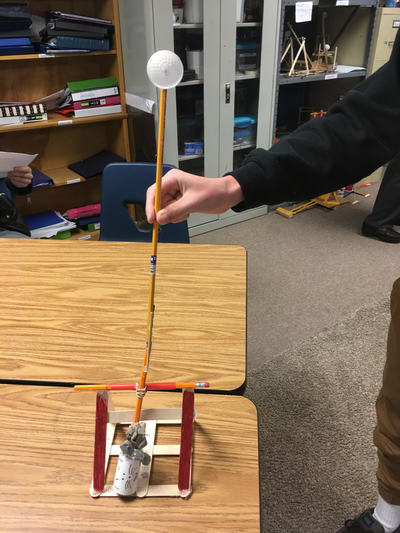 The first physics project we did was building our own rube goldberg machines. A rube goldberg machine attempts to do a simple task in the most complicated way possible. My rube used a pulley, a screw, and an inclined plane. We had a step where a car fell into a cup which caused a pulley to move. We used a screw as a way of quickly bringing the marble down. We used an inclined plane to roll our car along.  We had potential energy because our whole rube was vertical meaning anything could move. We had lots of kinetic energy because we had multiple marbles rolling through our rube to trigger its various steps. We had lots of speed because the marbles were changing their distance during the passage of time by rolling.

To start a rube by dropping a small steel ball 0.5m, you must know how much energy it would have. If the ball weighed 0.007kg, the ball would have potential energy of 0.034335 joules. You get this by multiplying weight by height by gravity. When the ball is about to hit the ground, you can calculate its kinetic energy. You would get this by finding the joules. Say the velocity is 45cm/s. You would convert this into meters, giving you .45m/s. Then you stick this in the equation 1/2mv^2. This will result in 0.00070875 joules of kinetic energy.

We designed our rube by drawing it out and then building our steps. We then would just try to attach the steps, modifying them as we went until the rube ran without a hitch. We didn't really have a design process, just a lot of quick changing of an overall rough idea. My greatest strength in the rube project was communication. I was my group’s leader so I had to talk and coordinate my group. I was in charge of making sure my group was on task and that they could fit together well. My biggest weakness was creativity because my step was just a slope made of straws. I dedicated no time to my step so it was pretty bad. I was more focused on making the group work than on my simple step. This project we pretty fun because the machines were so funny in the end, and even when they didnt work it was pretty cool to see. 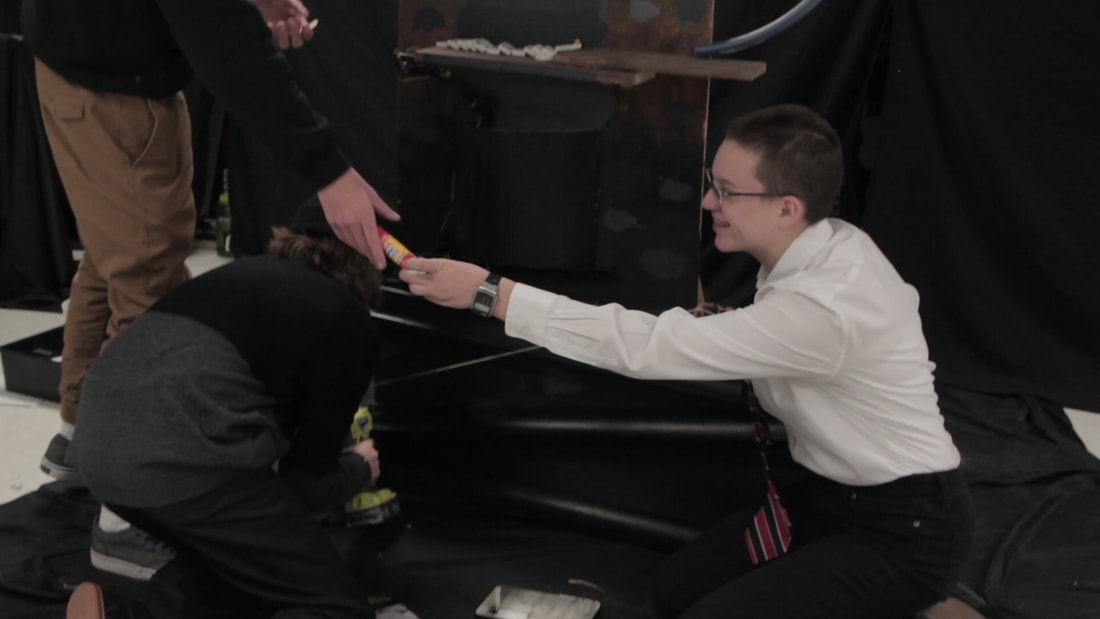