Mitosis is when a cell divides to create clones and reproduce. This is done as asexual reproduction. Mitosis last approximate 2 hours in total. The planarians are undergoing mitosis to create the new cells they will use to develop new body parts and regrow the planarian.  Human regeneration would be dependent upon human cell mitosis because regeneration requires new clone cells to be created.
Terminology:
Chromosomes - The containers of genetic information
Microtubles - Small tubes that help to guide chromosomes during mitosis
Nucleus - The place the chromosomes are stored in the cell
Cell wall - A barrier to keep unwanted things outside of the cell
Centrosomes - Creates the microtubles and guides them during mitosis

The goal of this project is to build an aquaponics system to grow healthy plants and keep the fish’s water hygienic. The higher quality water, devoid of fertilizer and pesticides, will result in healthier plants. Aquaponics systems are much more effective at growing healthy plants. The plants that will be grown will be taller. The plants are mint plants, chosen because they grow in many situations, are used for aesthetic appeal in many dishes, and are hardy.  It is easy to measure Mint pants height, which will improve the experiments accuracy.
Why comparing averages is not enough

Comparing averages is just plain inaccurate; if you flipped a coin three times, you would have one of four possibilities: heads heads heads, tails tails tails, heads tails tails, tails heads heads. This does not mean that there is a one hundred percent chance you get heads/tails (for the first two flips), or a 66.66% chance that you get the others. Chi-squared allows us to determine the likelihood of the null hypothesis is correct for a given set of data.

Comparing averages does not account for probabilities, only accounting for the observed data. Chi-squared shows how far the data is from the expected data, as opposed to only looking at what averaged higher. In a test in which the results are very unusual, the averages may not reflect how strange the results are; chi-squared allows for one to see if data is truly strange.

The purpose of this experiment was to see how plants take in sunlight and carbon dioxide and create oxygen and glucose. I didn't know that plants would actually change in density while they photosynthesize, and this experiment taught me that plants will change their density. Photosynthesis is when plants change the makeup of molecules to create different substances using the energy of the sun. 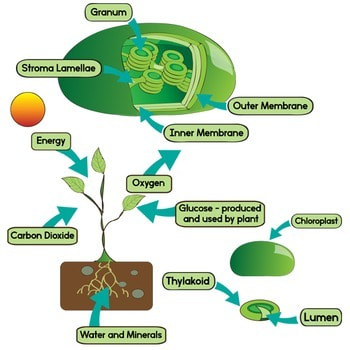 We did this experiment to see what factors affected the growth of our plants, as well as to test the differences between monocots and dicots.
I predicted that the mung bean was a monocot and that the corn seed would be a dicot. I predicted the mung bean would be a monocot because it had a smaller seed than the corn, and I though the smaller seed would fit less cotyledons
I observed that our plants drowned after we added the second amount of water. Previous to the plants death the mung beans were growing at a similar rate with the corn seed growing slower. I also observed that one mung bean seemed to stay alive and grew a small amount.
I found out that my predictions were wrong. The mung bean ended up having 2 cotyledons, making it a dicot. The corn bean, meanwhile, had a root web and only 1 cotyledon, making it a monocot.
My plants ended up drowning after we added 100ml of water to them on day 3. This hurt the experiment because my plants were unable to continue growing, so I ended up observing other plants as well.